Head of Customer & Products for Europe & CIIOM at HSBC

We were delighted to sit down with Christina Liciaga, Head of Customer & Products for Europe & CIIOM at HSBC to talk about her career journey to date and to unpick some of the core inclusion challenges in her industry. 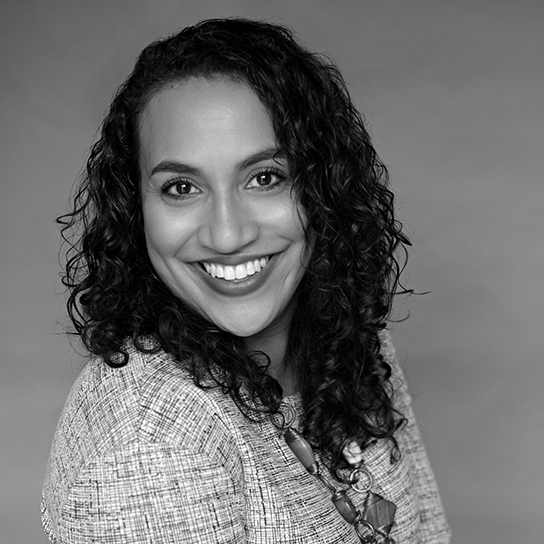 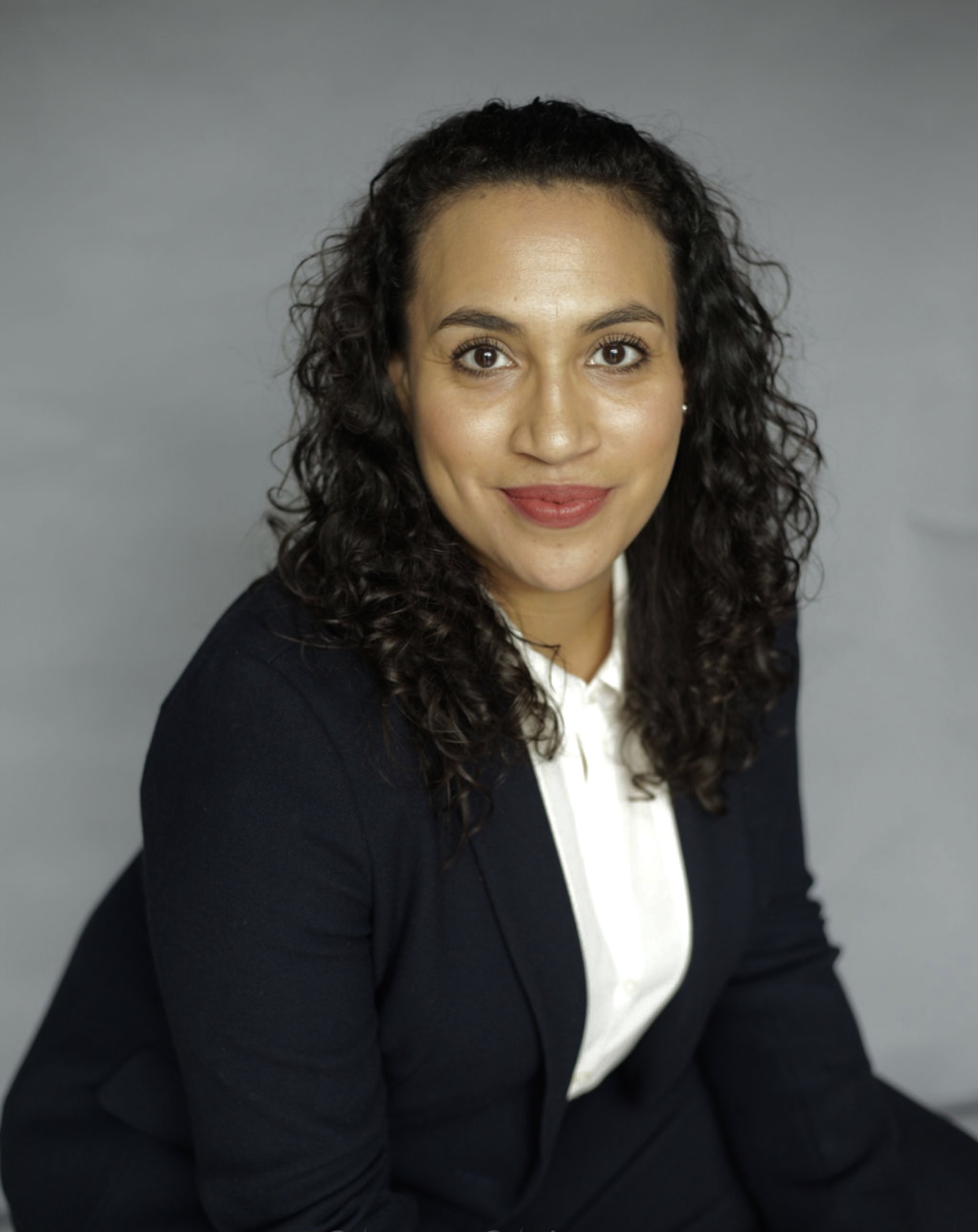 Christina has been an entrepreneur right from the get-go – so much so that she clarifies it as being her first job. From early fintechs to dating apps, she knows what it takes to create, construct and command a successful start-up. Her first business at the age of 19, aimed to provide greater financial access to underserved areas by placing cash-less ATMs in lower income communities. Although she protests she never wanted to be a banker, the aim to open up access and champion equity has persisted throughout her career.

In her current role as Head of Customer & Products for Europe and CIIOM, Christina is responsible for retail and wealth products across the continent as well as customer experience and growth.

“Leading people is a privilege and a responsibility, as is serving our customers. I take my job seriously, as the decisions I make about the products we put on the shelf – everything from current accounts to mortgages to investment and insurance products – directly impacts people’s lives.” Christina explained.

Having worked for HSBC for over a decade, she has built an expertise in wealth management and customer experience, and has been named in the Top 10 Customer Experience Professionals in UK (2020), Top 150 Global Leaders & Influencers on Customer Experience (2020) and Top 100 BAME Leaders in Business in UK (2018). Previous roles at HSBC have included building an award-winning global wealth proposition as Global Head of Jade & Wealth Propositions, and leading a team of 600 people as Head of Customer Service for HSBC UK.

As someone who believes that with opportunity comes responsibility, Christina is an avid supporter of young talent, in particular interns and graduates. The reason, she says, is to create visibility for aspiring professionals and to combat the fear of being the only, “in my career I have often been the youngest person at the table, usually one of a few women and almost always the only woman of colour,” she shared, “being the only can be terrifying, but if you’re there, if you’re in the role and at the table, you belong.”

As a child, Christina wanted to be everything her parents defined as successful – a doctor, a lawyer, a teacher. “I didn’t want to choose between them, I wanted to be all of them. In part to prove that I could do the impossible, and in another part to keep their legacy going.”

An Afro-Caribbean first-generation American, Christina is daughter to a black and indigenous Puerto Rican and a political refugee from Cuba, and describes herself as Caribbean-rooted, New York-born, and UK-homed.

“I’ve had the great privilege of living around the world – in Latin America, Europe, the Middle East, Asia, and the USA – but the UK feels most like home.” Christina first arrived in the UK to study at Oxford University and then returned to get her Masters at London School of Economics. She now works for one of the UK’s leading financial institutions, and admits that all of her life’s biggest milestones – getting engaged, buying a home, starting her family – were across the UK’s biggest cities. Christina is also an Executive Trustee for Justice, a human rights organisation working to strengthen the justice system in the UK that influences Westminster and Whitehall, and Brixton House, which is committed to upholding Brixton and the arts.

“Don’t limit your possibilities. You can be what you can’t see. You just need to be brave.”

Christina admits that the life she has is one she couldn’t have ever dreamed of. Mostly because she didn’t have the frame or example of others who had a similar journey. “It’s hard to be what you can’t see,” she says, “it’s not impossible but it is improbable, and makes the journey so much harder.”

In financial services in the UK, the number of black senior leaders is small, at circa 1% based on disclosures from NatWest, Lloyds and HSBC last year. All have pledged to grow this by 2025, with NatWest and Lloyds setting a target of 3% for black staff in senior roles and HSBC pledging to at least double the number of black leaders in this time.

When asked about the lack of black representation in her industry, Christina says it’s just not good enough. “Representation is such a key issue for the banking sector. Diverse teams build more profitable businesses, enable companies to meet the needs of all their customers, and ensure you’re able to attract the best talent.” She adds, “talent today will de-select organisations who don’t walk the talk with diversity, equity and inclusion (DEI), and now that there’s public accountability, organisations really do need to step up and quickly.”

Her advice is that businesses in the sector need to be bold in both their commitments and their actions, cautioning inertia and fatigue to drive through real change. 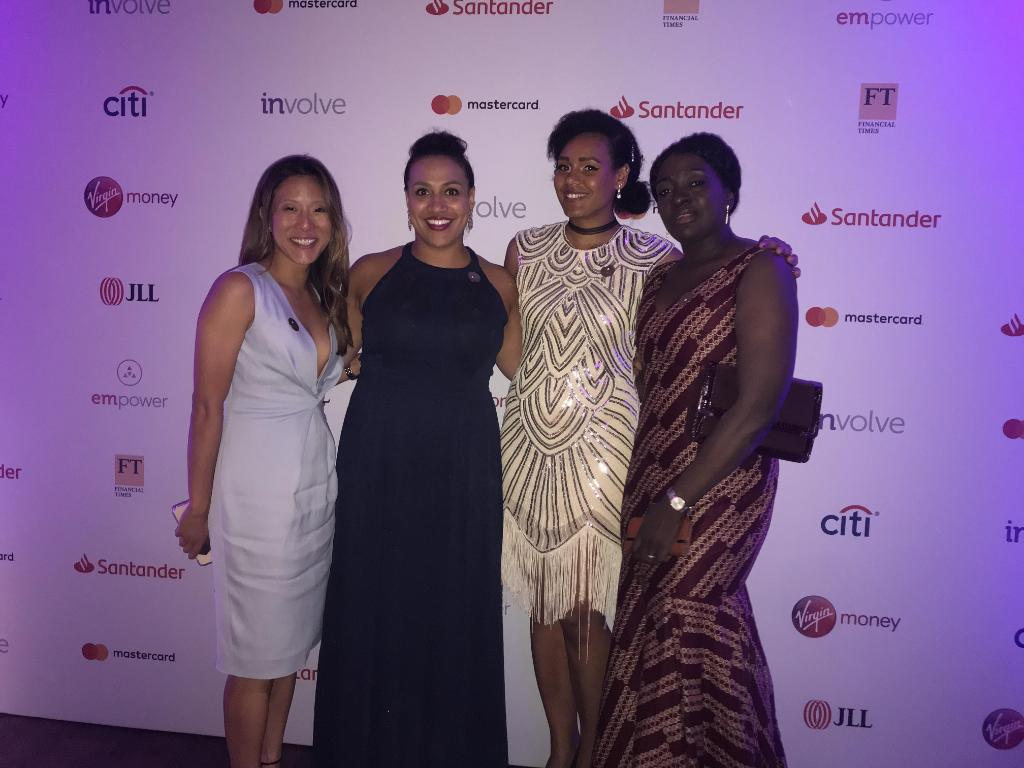 She quotes the work she supported on “Increasing Judicial Diversity” as a comparison first produced by Justice in 2017 and refreshed in 2020 where Christina was on the Working Party. The first report called for systemic changes to increase accountability and improve recruitment processes to create a more diverse and inclusive senior judiciary. The second report highlights the progress made including two more women appointed to the Supreme Court and the appointment of an Asian judge to the Court of Appeal. But the movement in representation from Afro-Caribbean origin and other underrepresented groups has been negligible. “Knowing the importance our judiciary holds in democracy and in the protection of people’s freedoms, the homogeneity is a concern, as is the lack of pace to change,” she says.

While Christina may never have dreamt of where she is now, she is the first to recognise how far she has come, thanking the matriarchs in her family in particular for helping demonstrate the power of the possible.

“My maternal grandmother was a phenomenal woman who survived more than any person ever should have to. She went to the US with very little, escaped an abusive marriage, and still found independence and power whilst putting all three of her children through school and university. She completely reframed her life. Her bravery and diligence are traits I’ve always aspired to possess.”

“My paternal grandmother lived in a one bed apartment on the upper west side and raised 5 kids, 2 adopted kids, and multiple grandchildren in that apartment. Despite how cramped it was, if there was a person in need, her door was always open. She knew earlier than most that her purpose and legacy was to help others, give back and lift up. I hope that part of who I am and what I do reflects her spirit, too.”

Christina mentions she has a tribe of women that uphold and inspire her, and now she has the opportunity to fill that role for other people. As a result, she has founded, co-founded and advised on a number of initiatives that support black and ethnic minority women and their communities.

In 2020 alone within HSBC, Christina launched Stretch45, a venture supporting ambitious Black, Asian and ethnic minority professionals with a vision to see the community thrive. She also co-founded The Black Action & Advisory Council (BLAAC) to address issues of organisational culture and systemic racism in the workplace; to set a broader aspiration to grow, develop and celebrate Black colleagues, customers and communities; and to ensure this agenda is prioritised with action, pace and conviction. As part of BLAAC, she also co-authored Moving Beyond Conversations, a roadmap that sets out an action plan to tackle inequity and help deliver on HSBC’s published race commitments.

And yet, she isn’t set on just doing her part, either – Christina is intent on making positive changes across her organisation and her industry at large. She outlined how simple the starting blocks can be in tackling systemic prejudice, saying, “the first thing is that people need to acknowledge it.”

“Last year there was an explosion of conversation around racial inequity and injustice. For many people and organisations, it was the first time they were making space to have those conversations, but these are real issues which have existed and persisted for a long time.” 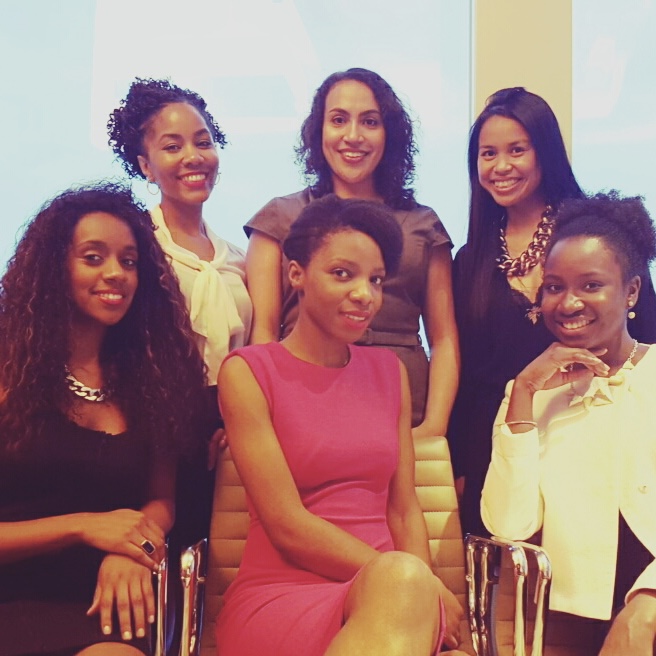 “The second thing we can do is take individual responsibility to challenge our own biases. Each one of us needs to reflect and ask ourselves, what role do we play in aiding or allowing inequity and non-inclusion. Anyone who leads a team holds an extra responsibility to role model – in action, not just words – building and developing diverse teams whilst creating an inclusive team culture.

“The next step is to treat inclusion the same as any other business imperative. Setting out objectives, creating clear accountability and then moving forward at pace to achieve your aim – it’s how we work, day in and day out – it needs to be the same for DEI.”

The issues surrounding diversity, equity and inclusion cannot be solved overnight, but that doesn’t mean that they are challenges to be feared or avoided. From the beginning of her career as an entrepreneur, Christina is well aware of what fear can do, “I would have done more had I been braver at that time.”

We cannot afford to let fear of tackling these issues stop us from challenging them altogether. The advice that Christina said she would give her 18-year-old self is therefore pertinent to this issue, and it is advice that businesses should heed:

“Don’t limit your possibilities. You can be what you can’t see. You just need to be brave.”

“I take my job seriously, as the decisions I make about the products we put on the shelf directly impacts people’s lives.” 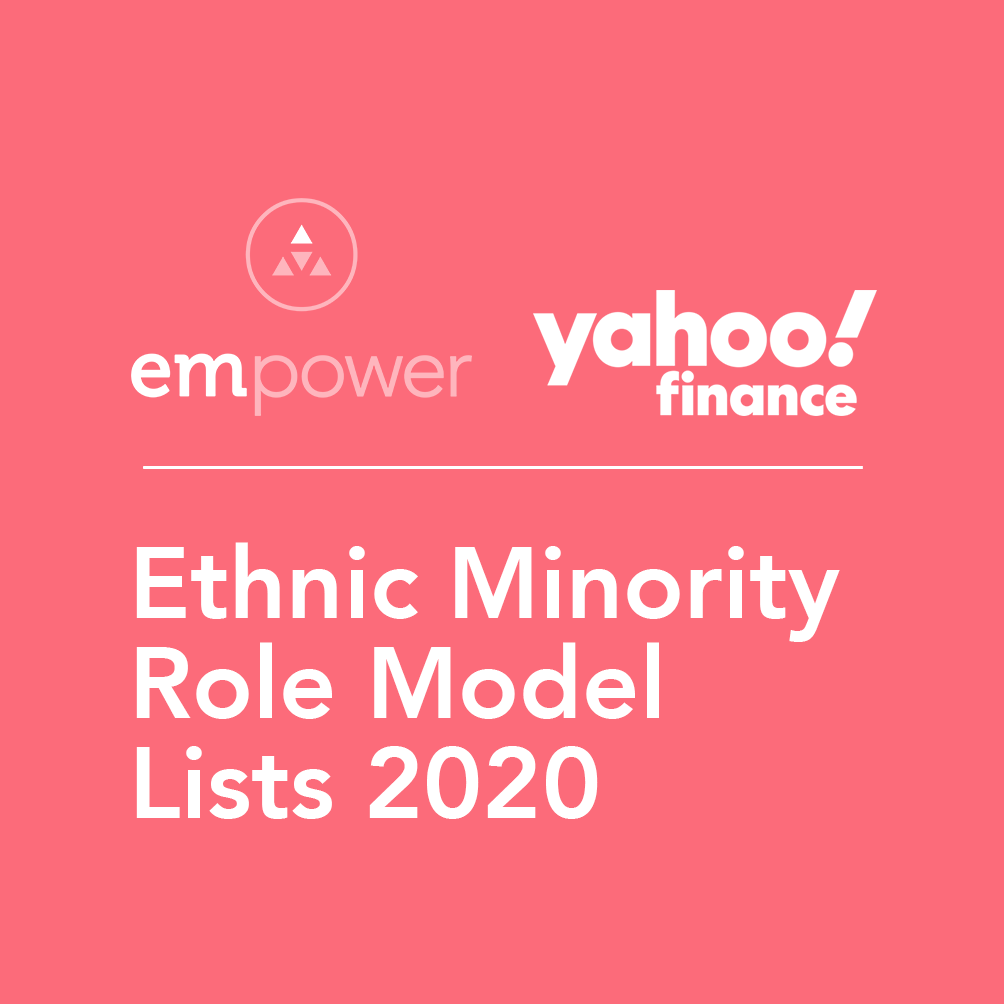 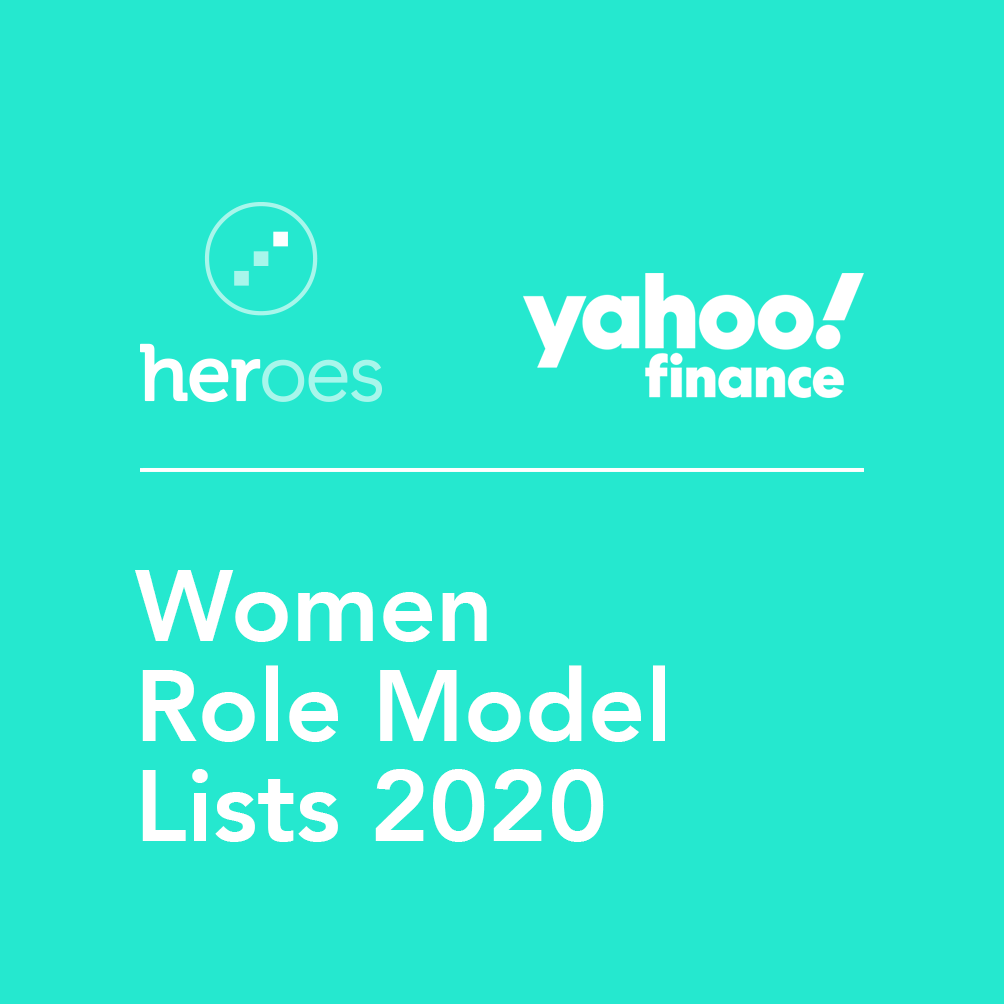 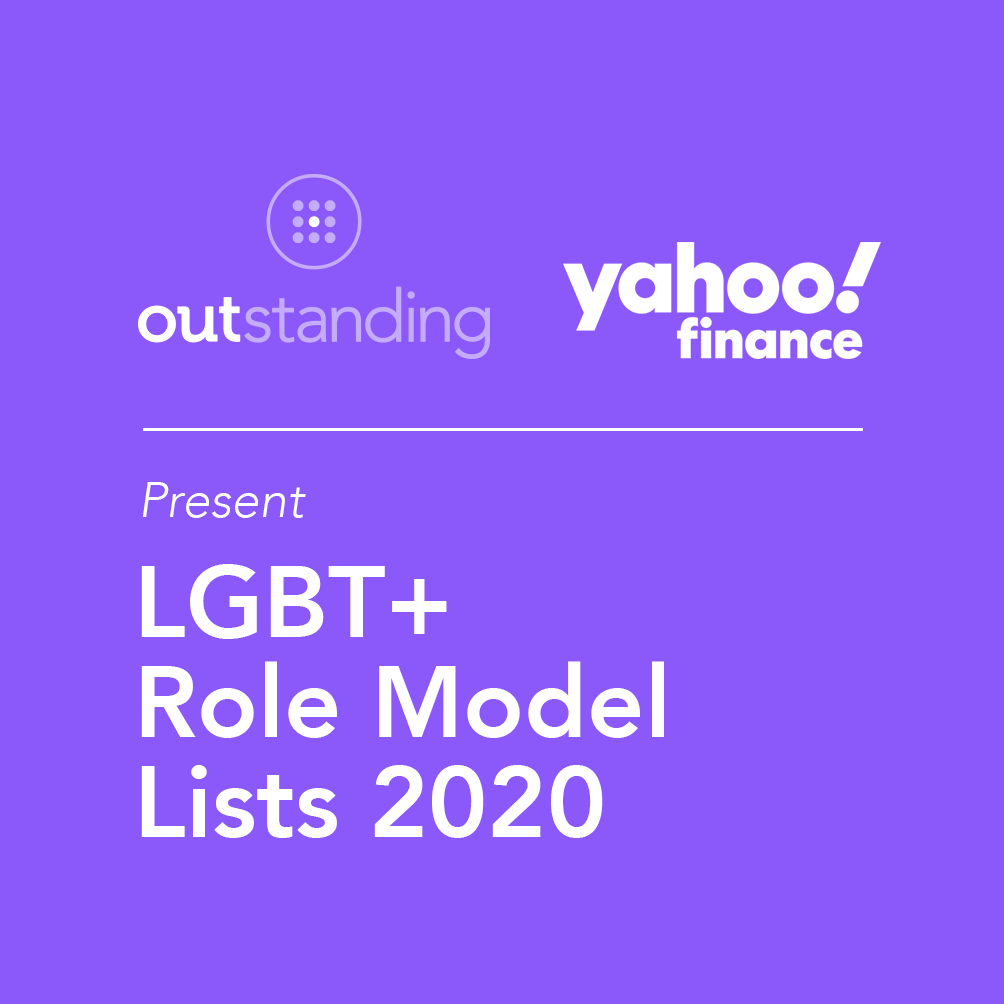